I just got my copy of the new Clue Liar Edition today, I haven't played it yet as the family has been busy - just from the general look and feel of it, it doesn't feel like a special edition, as soon as I've had a game, I'll tell all. I also invite you guys to do your own reviews too.

Sadly, I don't have a camera so I can't take pics
Top

I had a couple of games for the new game and here is my review.

The game also comes with reference cards for players so you know what to do. It's basically:
MOVE
MAKE SUGGESTION
MARK NOTESHEET
PLAY INVESTIGATION CARD

If you've played classic Clue/Cluedo, the setup is basically the same - everyone gets a note sheet, a hand of clue cards after a solution is made and a starting investigation card.

The BOARD looks really pretty and it is interesting to see that the mansion doesn't have any corridors, all of the rooms are connecting to one another and the rooms count as space. Each suspect starts in a different room.
SCARLET in the LOUNGE
MUSTARD in the DINING ROOM
ORCHID in the BALLROOM
GREEN in the CONSERVATORY
PEACOCK in the BILLIARD ROOM
PLUM in the STUDY

The game comes with one dice and you can move around the board in one of 3 ways:
1. Move up to the number of spaces rolled - if you rolled 5, you don't have to move 5 spaces
2. Use a secret passage (classic 4 passages)
3. Stay in the room you are in (even if you haven't been suggested in there)

NOW for my personal thoughts.
When it comes to "Special Editions" I always ask myself - "Is this special edition better than the classic game?" and the answer for Clue Liars Edition is No. In fact, the game feels cheaply made. The cards are a little flimsy, I can see them being damaged sooner rather than later. The weapon pieces are plastic rather than the metallic weapons we all know and love and speaking of the weapons, they don't look like weapons, I spent the most time looking for the weapon I was suggesting because it wasn't what it would look like.

The 6 weapons are:
CANDLESTICK - A Candleholder with a stick of Dynamite in it
DAGGER - A Dagger embedded in a block of cheese/butter
LEAD PIPE - Lead Pipe in a Sandwich
REVOLVER - A small revolver in a book
POISON - A soda can, with a straw and a Skull and Crossbones on the side
STATUE - A lawn gnome

The character pawns are standard pawns you get in most games but at least you can tell who is who from the color.

The Notesheet, who ever made the notesheets at Hasbro Gaming needs to be fired. The Suspects are just listen via their surnames where as they have their titles on the cards and also, the notesheet is meant to be in alphabetical order, the weapons are not for some reason.

With all things considered, would I recommend this game to you guys? No I wouldn't and I hate to say it, but after playing 2 games of it, I would say Discover the Secrets is a better game. IF you guys wanna play this, buy it at a knocked down price. I paid £20 for it and it feels like a £10 game

I'm happy to answer any questions you might have.

I’m mostly interested in it for the board design, so any kind of alternative to the standard board gets me interested in checking it out - thanks for the review! It sounds kind of how I expected it to be - nothing too earth shattering but could be fun as a novelty. The quality of the product sounds about right too, unfortunately
Top

Are we not gonna talk about the game pieces are from SORRY! 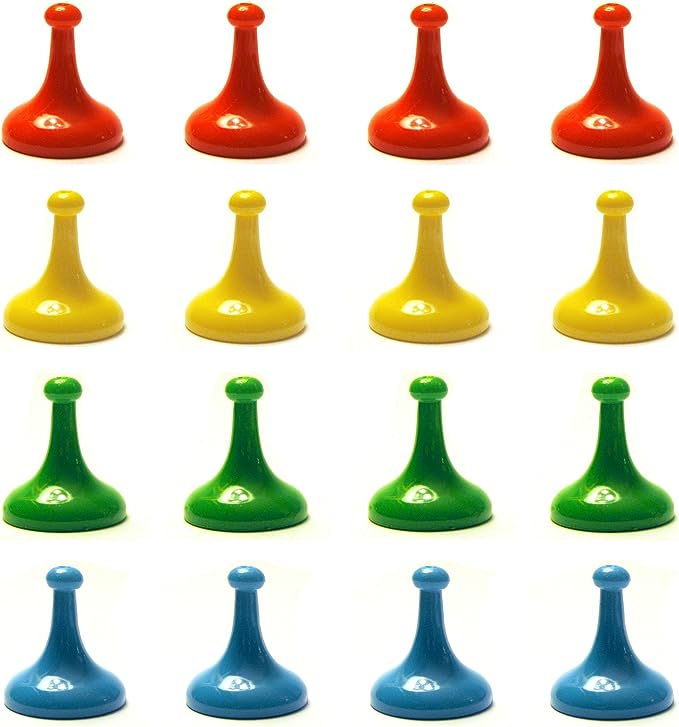 The game looks interesting, with a Morden look to Tudor Mansion. I think I’ll get it.

I will say this, this is definitely a game you wanna play with the max number of players
The 2 player variant is no different from the previous Orchid edition
Top

The Australian 1986 Cluedo uses them too. Which is a shame since they use the 1986 cards w/pawns that don't match.

Here are the weapon pieces, I think there is only one advantage to these and for those who are artists or do it as a hobby, you could paint the pieces BUT because I'm not, I'm more than likely gonna have them replaced https://twitter.com/PMGPSW/status/12860 ... 06249?s=20
Top 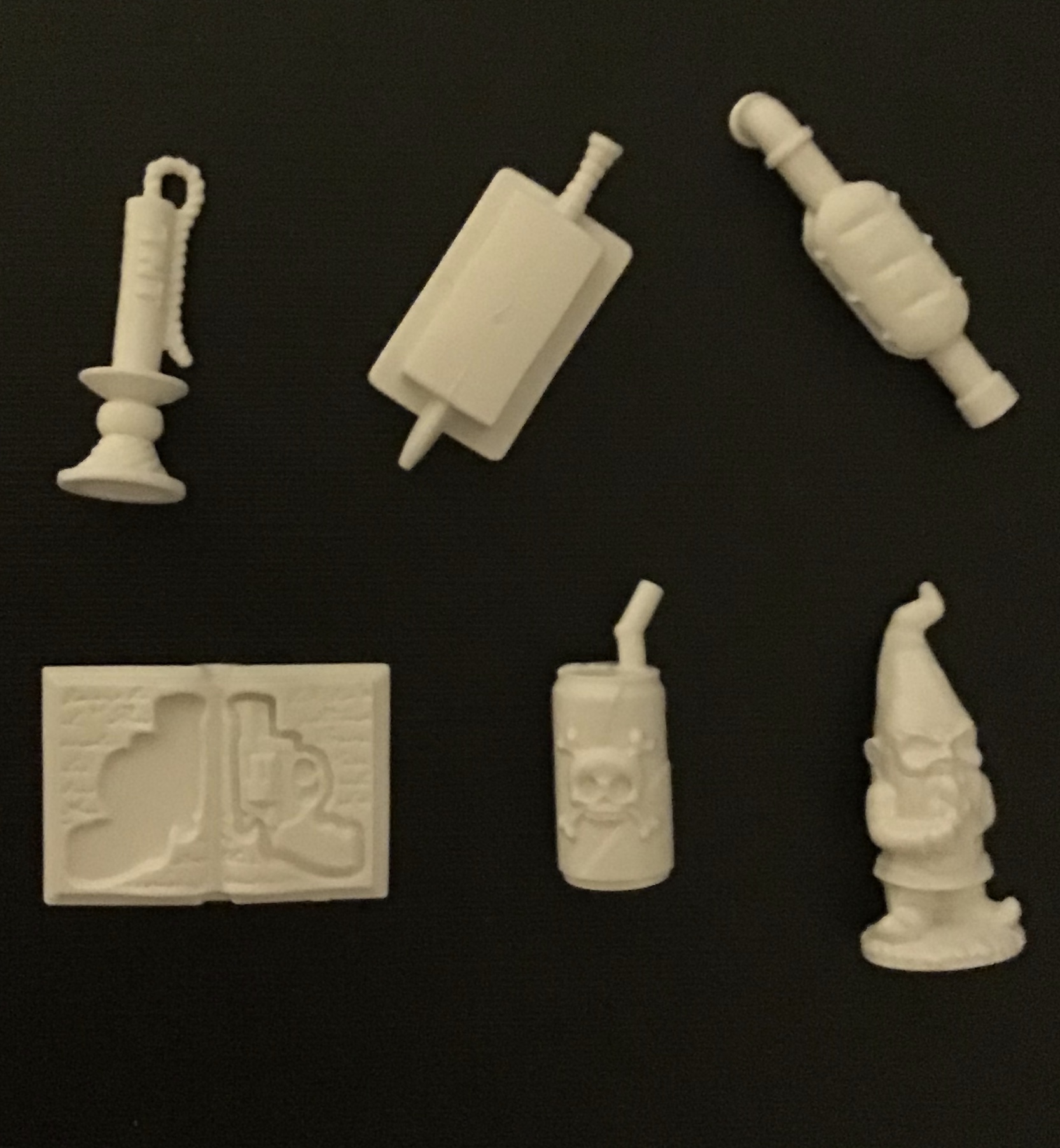 So I looked at the back of the box, apparently, these are called WEAPONS IN DISGUISE - Right... really well hidden and the game doesn't say Dr Black is blind

Question: Those this game have bios for the characters? Like what’s their motives?

Fun fact: The artist for this game, Henning Ludvigsen, did artwork for Clue: Lost in Vegas and Parker Brothers’ Mystery Game. He also worked on the Guess Who? - High School Reunion game. I can tell because I Recognize recognize the art style.

Speaking of Guess Who?, I think the Vegas game where originally made for Guess Who HSR. 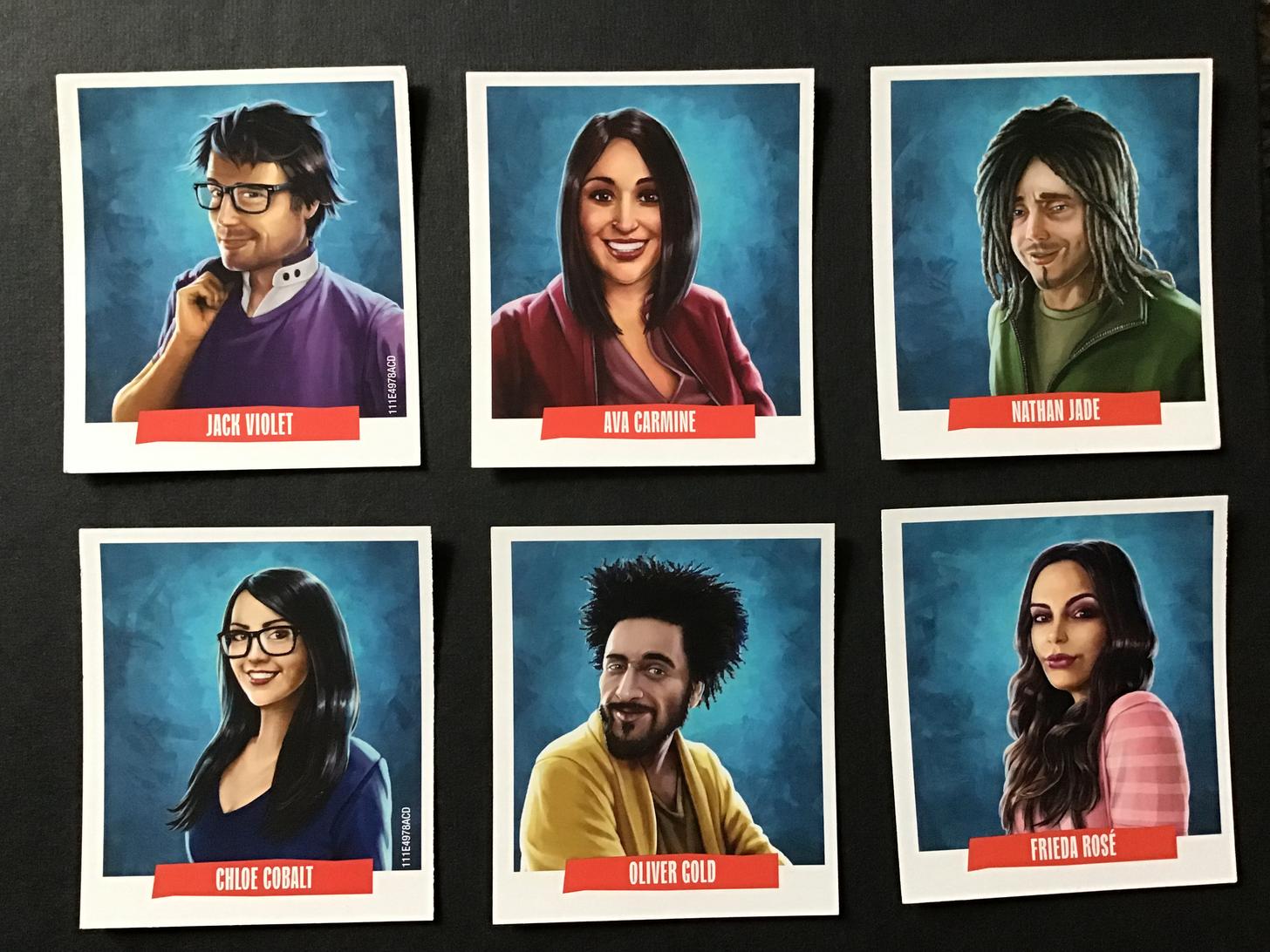 Jonathan Green wrote: ↑
Thu Jul 23, 2020 7:32 pm
Question: Those this game have bios for the characters? Like what’s their motives?

Not really, all there is in regards of profiles are the 6 pictures of the suspects and the same descriptions as the Orchid edition.
Scarlet, The Femme Fatale
Mustard, The Alpha Male etc
Top

I actually like those weapons, it's kind of silly and cute.

Nice observation about the Vegas game characters and the High School Reunion Guess Who - I would really like to collect the other games in that parody series one day, in particular the Monopoly, Guess Who and Mystery Date parodies (I saw the Mystery Date Catfished parody at Toy World the other week).
Top

First time posting (after lurking for many a year). Playing the Cluedo Liars’ Edition this evening with friends, but in advance had to do something with those tacky white “weapons in disguise”. Have also swapped in the playing pieces from the regular Orchid edition. Review to follow! Also - hello, everyone!

This is a very small nitpick, a personal preference of mine which I don't like. If you look close enough on the board, you can find all 6 weapons hidden around the mansion (2 are in 1 room) - I don't like this especially when it says in the rules that you need to place the weapons on the board, 1 per room. Was this meant to influence our choices in some way or just an easter egg for the fans? Clue has never done this before in any of the other games as far as I know and it felt weird
Top

Black wrote: ↑
Wed Jul 29, 2020 4:32 pm
This is a very small nitpick, a personal preference of mine which I don't like. If you look close enough on the board, you can find all 6 weapons hidden around the mansion (2 are in 1 room) - I don't like this especially when it says in the rules that you need to place the weapons on the board, 1 per room. Was this meant to influence our choices in some way or just an easter egg for the fans? Clue has never done this before in any of the other games as far as I know and it felt weird

That’s an interesting observation - we had a discussion recently about artwork depicting the characters using weapons and what sort of subconscious influence that could have on players - I tend to agree that things like the board and the suspect cards shouldn’t have things like that, unless the board had specific starting spaces for each weapon, maybe
Top

The "candlestick" reminds me of the holder my friend used in her Miss Scarlet fanart. A bit of unintentional foreshadowing?