I'm more familiar with women doing it when they get married, but not as familiar with males also adding her last name to his as his legal name.
Top

According to the Study Guide, Miles’ father ran off with another woman when he was young. His mother remarried to a Newspaper Editor. Maybe Miles was born Miles Meadow and his stepfather’s last name is Brook.

Yes, or he could have formally changed it later in life.

I'm more familiar with women doing it when they get married, but not as familiar with males also adding her last name to his as his legal name.

I imagined in the Meadow-Brook case:

Let's say Miles Meadow came from a long line of notable Meadows, judges, lawyers, etc. And Jane Brook came from her own money.

Both "houses" would be too proud to allow the other to take their child's name, and thus the Meadow-Brook family branch was created. Perhaps in hopes to be both family's future legacy.
Top

Here's my go at a gender-bent cast:

THE SUSPECTS
Mister Antonio Berry - A young, attractive model with a terrible temper when told "no"
Colonel Harriet Maize - A narcissistic war hero paired with poor social skills and no friends.
Chef Günter Weiss - A clumsy chef who listens in on meetings and phone calls
Miss Monique Olive - A ruthless, brutal mob-boss who seduces others easily
Senator Stuart Peacock - A well-loved and respected politician with a lurking dark secret
Professor Victoria Lilac - A no-nonsense stickler for the rules, OCD to the point of violence and outbursts.

THE VICTIM
Mrs. Catherine Boddy - A widow who happened upon her husband's little black book of secrets.
Top

I'm more familiar with women doing it when they get married, but not as familiar with males also adding her last name to his as his legal name.

It is a familiar practice here. Nobility doesn't run down the female line, it's male only, and often if a not-noble man married into nobility, he'd take his wife's name as well. The dual last name then carries over to the children, meaning they get both last names.
Top

Thank you so much for making this! It's realy cool to see so many lesser known characters. I'm also loving the pages you made for weapons and rooms.
Top

You've copied the Del'Aqua bio for Khaki, Lake and Fields! No one wants to see Mayor Fields exotic dancing

Sun Ling: A Chinese "massage therapist" if you know what I mean. Visited by Dr Black when he needed to "relax". She found that men will tell her all sorts of secrets. (more Orange than Yellow)

Senorita Del'Aqua: a hopeful actress and dancer from South America. Dr Black met her on holiday and took her under his wing when she came to England. She'll happily do all sorts of films, I mean all sorts. (Pale blue)

Mayor Fields: A plump self-important little man who, through sucking up to the right people, and by that, I mean Dr Black, has become local mayor. Owes favours to those who helped him reach where he is. (Dark green)

Ms Lake: *beep* local MP for North Hampshire. You wouldn't have thought that an out and proud gay woman would secure enough votes to represent the local area at Westminster. Which begs the question, how did she do it? (dark, greyish blue)

Ms Khaki: local journalist. Always on the hunt for a big story and isn't afraid whose feathers she ruffles to find it. (Khaki/beige)

Mrs Moss: Local troublemaker. Protestor for many causes, mainly environmental. Got on the wrong side of Dr Black when she campaigned to re-open a public right of way across his land. (Yellow-green)

Constable Teale: Subordinate of Sergeant Gray. Won't refuse a bribe to look the other way if one is offered. Romantically linked to Senorita Del'Aqua. (Teal blue)

Are you sure about that, Jamie

Are you sure about that, Jamie

This is one of my favorite takes on gender bender casts:

They're all women, but I love it! I'd like to see a similar all male cast as well. The beauty of this is that the original names can be retained, since there is no gender assigned to the male characters (at least in Cluedo). Hard to do with an all male cast without changing the gender titles of the women. Hasbro could go a long way toward updating the characters by replacing those titles with neutral professional designations. Doctor Orchid is one of them. Now they just have to get rid of the Miss and Mrs. Suggestions? Senator Peacock, Judge White, Nurse Scarlett?

While this is fairly controversial, I absolutely LOVE this modern take on the suspects. One could easily say these characters include several LGBT members, if not all of them. The colors really invoke a certain Pride-ful association, appropriate for the month of June. In this case, I’d like to think of the female characters, as trans, in drag, or les bian. 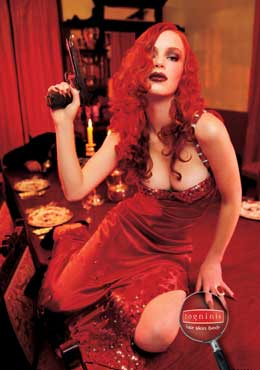 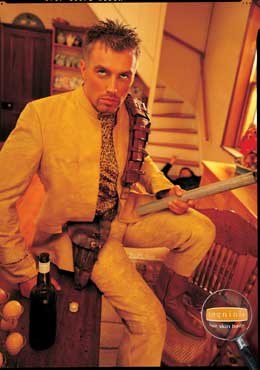 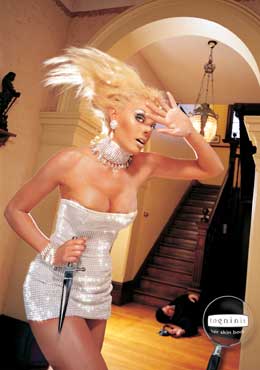 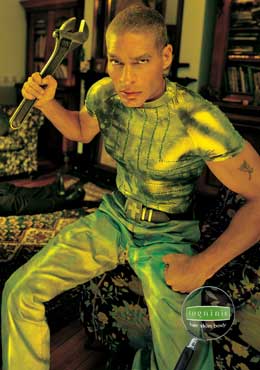 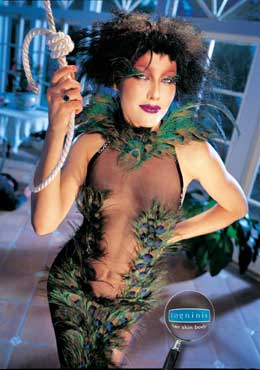 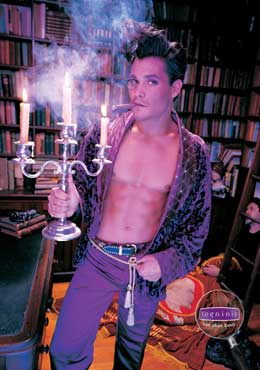 Murder by Death wrote: ↑
Thu Jun 04, 2020 9:49 pm
While this is fairly controversial, I absolutely LOVE this modern take on the suspects. One could easily say these characters include several LGBT members, if not all of them. The colors really invoke a certain Pride-ful association, appropriate for the month of June. In this case, I’d like to think of the female characters, as trans, in drag, or les bian.

I don't care if adaptation is 100% accurate to the original. Reinvention is the birthplace of new ideas, and all six of these interpretations are very interesting to me. There will always be a place for period piece mystery, and I do love it. But weird ideas like this really fascinate me.


Murder by Death wrote:In this case, I’d like to think of the female characters, as trans, in drag, or les bian.

You can always think of every character as gay if you're smart enough.
Stop winking at me, you oversexed Frenchman!
Top

Truly Gilt — a Golden colored pawn, who can be best described as having a thinly veiled motive, and is usually under suspicion.
Top

Just me musing on stuff here

The Dr. Orchid backlash came from her "replacing" mrs. white, which we know she couldn't really do. It's certainly interesting that she's gone from b4stard of reimagining to a readily accepted addition so soon, and I just think it's interesting to see how.

Because aside from the replacement aspect, it's easy to see how she became disliked from another perspective. We always expect classic mystery, so modern mystery is always kind of bitter to our collective taste. Maids are classic. Successful female doctors are more modern. So I think that aspect, replacing a vintage kind of character with a demonstrably modern one, doubled that modernity shock. It wasn't the classic mystery we all love.

But with time, it became clear that White wasn't gone, of course. How long was it before White was reintroduced to the app and that guess who game and all? She is not gone and we all know it.

Every clue character is a different mystery archetype, and I think once that initial shock and anger subdued, we assessed her as a secondary cast member. In a way, she's kind of meta commentary on show she came into existance. The quiet genuis role, the herbalist role, they're all perfectly fine. In my mind, I read her as being a very feminist woman, maybe her doctorate being in sociology or womens studies instead of botany. Kind of metacommentary on her being added as a cynical, corporate display of feminism. And I think that role of the activist makes a very good addition to the cast. The only other real example we have is Suffragette Scarlet from the marmalade sherlock edition.

I like the idea of Mustard, Plum, Orchid, and Black sitting together. Experts on the military, history, sociology, and the medical, discussing all the aspects of conflict from four different perspectives... That would be very interesting.
Stop winking at me, you oversexed Frenchman!
Top

I'd be happy to - Could I just get a short description of what their characters are?
Stop winking at me, you oversexed Frenchman!
Top