For Sherlock fans this looks like a great collectors edition now ON SALE. I love the busts, which could come in handy for a Cluedo game as playing pieces, assuming they would fit. That's one way to spruce up that cheap Shrlock edition of Cluedo. Nice Christmas gift to put on somebody's list ... 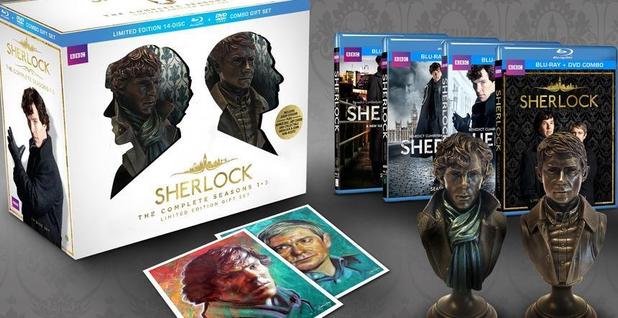 How would those busts fit on such small squares? They've gotta be massive!

WarnerPlum wrote:How would those busts fit on such small squares? They've gotta be massive!

They could be possible murder weapons.
Top

zurnak wrote:. Each week 13 guests solve a new crime, and failure to solve it results in the 'demise' of one guest, until only three are left who must determine which of them is the 'murderer'.